As news spread of the volunteer medical group, more and more patients came for treatment. They came even from far-away villages. The reason was that this was the only medical aid group due to the dangerous conditions of the area. After a couple of days, the news of the medical group even reached the poor communities of the capital. 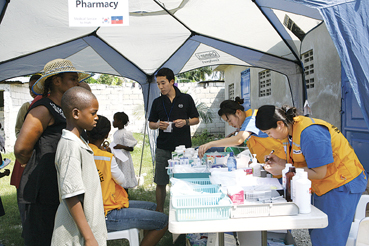 “We’re grateful for the Jogye Order medical volunteer group that came from such a far place. They will be of great help to those citizens unable to go the hospital.” This was said by a citizen that came to the volunteer medical center. The Jogye Order organized a volunteer relief group to send to for the victims of earthquake. With the medicine of compassion, the group sought to cure not only physical injuries.

From February 5 to 9, the Jogye Order medical volunteer group gave medical aid to 1137 citizens of in the capital of Port-au-Prince. In 30 degree heat, the group worked from 9 a.m. to 2 p.m. to help those in need of medical treatment.

Whether it is the fault of the heat, the patient’s wounds did not heal easily. In many cases, conditions worsened. The local volunteers said the people do not seek treatment even if they are injured. They don’t dare go to the hospital because they don’t have money. They just bear the injury and wait for it to heal on its own.

In charge of surgery, Dr. Baek Yeong-ung from DonggukUniversity’s department of orthopedics said, “Most of the patients had never been to the hospital. It is unfortunate to see that because they don’t receive medical attention, even small maladies turn into chronic disease.” Due to poor support for hygiene, the majority of patients were children with weak immune systems. The women accompanying the children also needed medical attention. Most of the patients had chronic maladies such as enteritis, colds, skin disease, and blood pressure problems. There were also patients in need of surgery, but surgery was not possible without any electricity due to the earthquake. There was also a lack of equipment and post-surgery assistance would have been difficult.

As news spread of the volunteer medical group, more and more patients came for treatment. They came even from far-away villages. The reason was that this was the only medical aid group due to the dangerous conditions of the area. After a couple of days, the news of the medical group even reached the poor communities of the capital.

Many patients came back to the group to express gratitude and some NGOs came to record the event on camera. The local police and UN employee came to support the group that everything would go smoothly. Members from the Korean NGOs such as Medipeace, Global Care, and Frontier came to volunteer with the medical group. These NGOs are providing relief aid in other areas of . 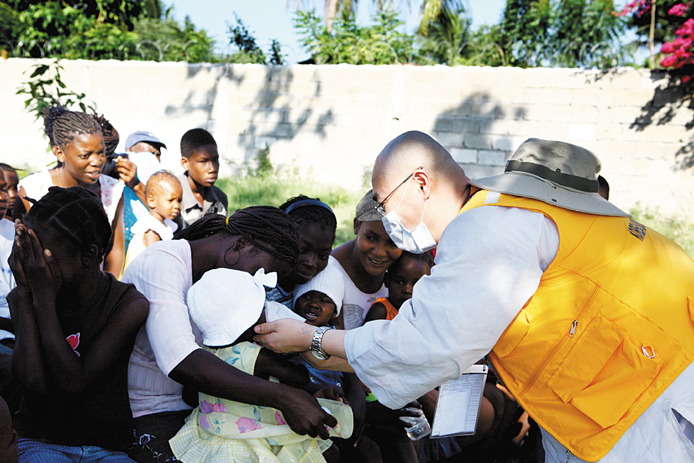 This was not a mission to simply give money and goods. The Jogye Order medical relief team provided much-needed aid in a dangerous area, where no other relief groups were present.

The leader of the group Ven. Myojang said, “This Haiti experience was a good opportunity to understand how to go about international relief. I want to thank the team members who made it possible to successful offer medical aid in a dangerous area. Everything ran smoothly due to the group’s caring efforts in assisting the patients.”

Ven. Myojang’s main concern was the safety of the group because of the potential of more earthquakes and the area being designated as a danger area. Ven. Myojang indicated that this was an invaluable experience in international relief. This volunteer group made up of Koreans and locals was quite sizable. Ten volunteers from who helped with translations of English, French, and Korean were of great help in finishing the medical aid in a systematic and efficient manner.

Ven. Myojang said, “After the earthquake, we had numerous discussions. We decided to send a volunteer medical group instead of sending money and goods.” He continued, “Most especially, in talking with other NGOs and relief groups from other countries, I could verify that they were sincere in wanting to help the people without regard to religion.”

With this experience, there is a plan to make a manual and a support system for international relief. Ven. Myojang said, “In order for international relief to be successful, the role of the nation and NGOs are just as important as the role of our order. Just as the volunteer group practiced generosity in order to apply the compassionate attitude of the Buddha, I hope many Buddhist would show continued interest in .” 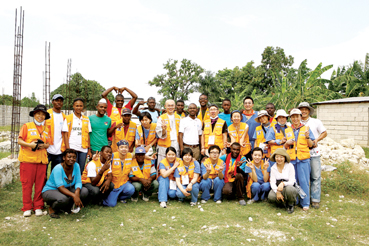 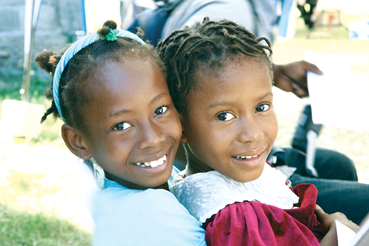