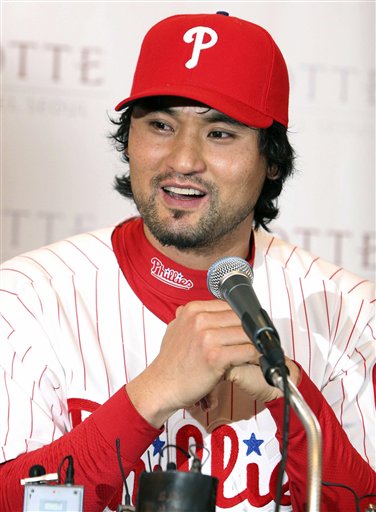 Chan Ho Park is the first Korean player to play in American baseball’s Major League. He enjoyed good success with the Los Angeles Dodgers from 1994 to 2001. Then, he went to the Texas Rangers with a five-year US $65 million contract. He suffered great hardships in Texas with major health issues and emotional difficulties. Buddhism and meditation were saving graces for Park during these difficult times. He said that without meditation, he wouldn’t have made it through the dark years in Texas. He added that bowing helped him learn humility. Now, he is playing well again as a relief pitcher for the Philadelphia Phillies. When Park comes to Korea, he always visits YeongpyeongsaTemple in his hometown of Gongju. Park engages in philanthropic work, including donating a baseball field in Gongju. He was a bright light of hope during Korea’s IMF economic crisis of 90s. He is again inspiring many Koreans by his recovery and courage.

Here’s a link to Park talking about how meditation helped him.