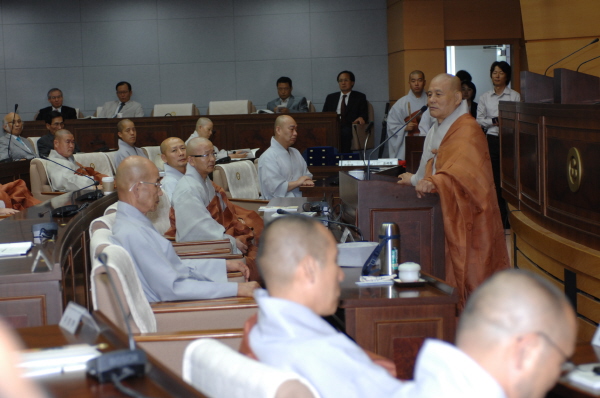 Over 200,000 Buddhists gathered in front of SeoulCity Hall on August 27, 2008 to protest the religious bias of the Lee Myeong Bak Administration and rally for religious harmony. Now one year later, a seminar was held to commemorate the event and discuss religious bias. 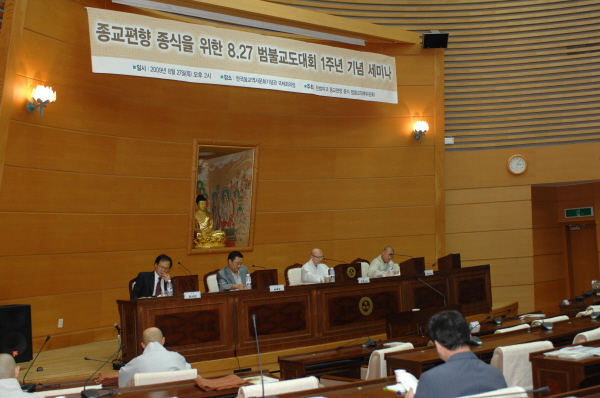 At the seminar, Ven. Jikwan said, “During my four years (as administrative head), there have been numerous events. However, I think the biggest event was the protest rally. This rally proved to be a bulwark to stop the flood of religious bias.”

There were awards given to those who have contributed greatly to this cause. Ven. Wonhak, the executive organizer of the rally received the Supreme Patriarch’s award. Five received the Executive Director’s award. In addition, 20 students from the Korean Buddhist University Student Association were appointed as “Monitors of Religious Harmony.” 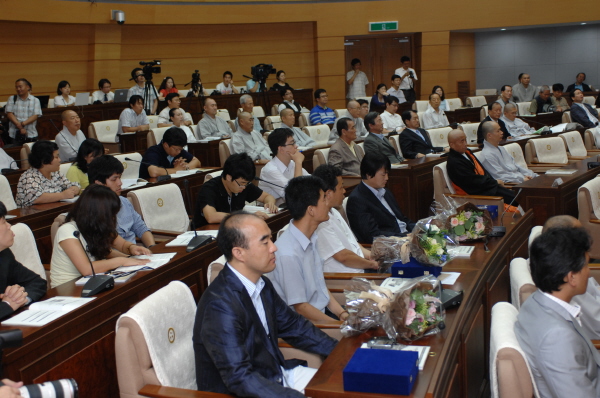 The theme of the seminar was, “Living together in a hopeful world.” The seminar focused on ways we can bring about social and religious harmony. The following are some resolutions that were made. To resolve religious bias, we must overcome the combative attitude, and develop actions for religious harmony. Develop a plan to encourage greater tolerance to overcome sectarianism and the exclusivist attitude that leads to religious discrimination. Preserve Korean traditional culture and develop ways to preserve the Korean cultural legacy with modern innovations.