Construction of School Complete in Myanmar by the Jogye Order 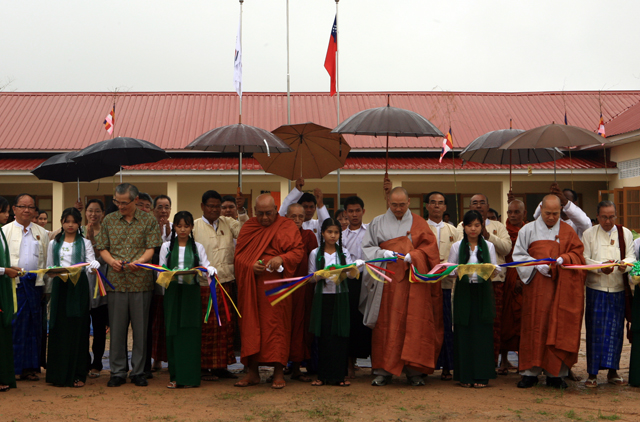 A Myanmar elementary school was destroyed by Cyclone Nargis in May, 2008. Now the school has been completely rebuilt thanks to the aspirations and support of Korean Buddhists. On August 29, a completion ceremony for the Aungjabu Elementary School was held at Aungjabu Temple near Yangon, . The funds for the construction was raised by the Jogye Order with an emergency relief fund raising. Over 200 children will attend the new school.

Jogye Order Monks, Myanmar monks, dignitaries, and over 4000 in total attended the ceremony. Ven Seyoung read a message from the head of the Jogye Order Ven. Jikwan, “Having heard about the destruction caused by Cyclone Nargis, Korean Buddhists took the suffering of a fellow Buddhist nation as their own to raise the funds for this school. Although the school is not very big, we can take this as a symbol of the friendship and cooperation between our nations’ Buddhists and a starting point (for future collaboration).”

Korean Ambassador to Myanmar Pak Gi-jong said, “ Myanmar has great potential since it has wonderful human and natural resources. As much as Myanmar’s future depends on education, I hope that Aungjabu Elementary School would produce great leaders.” 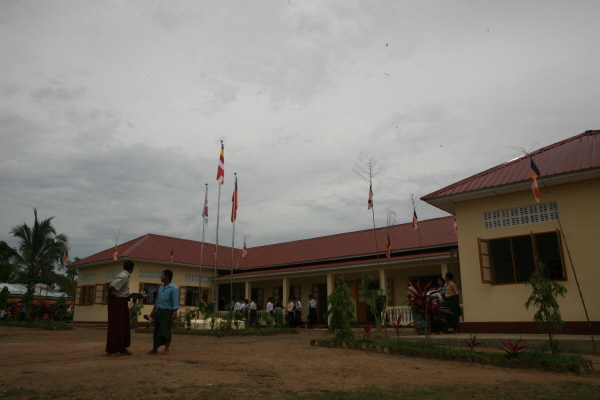 The president of the Myanmar Sitagu International Buddhist Association of the Laity, Winaung said, “I would like to express our gratitude to the Korean Buddhist community on behalf of Aungjabu Temple and the school children. We will do our best to watch over the school with great interest, now that the children have a better place to study.” 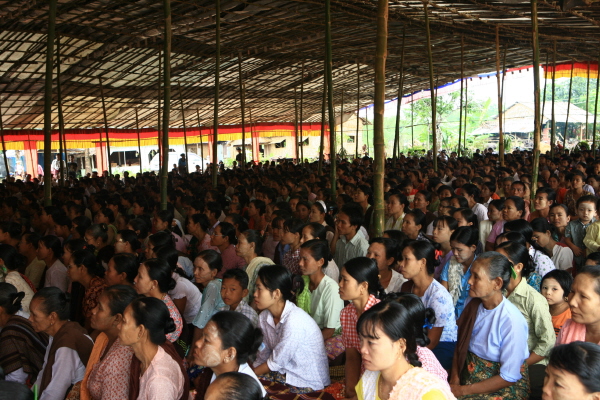