Various events of the Lotus Lantern Festival were held in Seoul’s downtown area on last Sunday.

The large street event was part of the Lotus Lantern Festival to celebrate Buddha’s Birthday, which is on May 5 this year according to the lunar calendar. The main event of the birthday celebrations, called the "Buddhist Street Festival," began at noon and went until 7 p.m. in the streets around Jogyesa Temple and Jonggak subway station.

More than 100 booths and stages displaying traditional Korean and Buddhist art were set up in the area and visitors were able to look at a variety of art and craft exhibits, play games and watch musical and dance performances.

After the Buddhist Street Festival, A large-scale Lotus Lantern parade was held in Jongno district.

Some 50,000 people participated in the parade, which began at 7:00 p.m., after organizers celebrated a Buddhist religious ceremony at Dongdaemun Stadium.

Buddhists wearing traditional costumes attended a parade on a street and hundreds of kinds of lanterns and about 100,000 special lamps decorated the nighttime streets during the parade.

Meanwhile, a variety of music concerts that took place in Seoul’s Jonggak area added a festive note of its own to the parade. 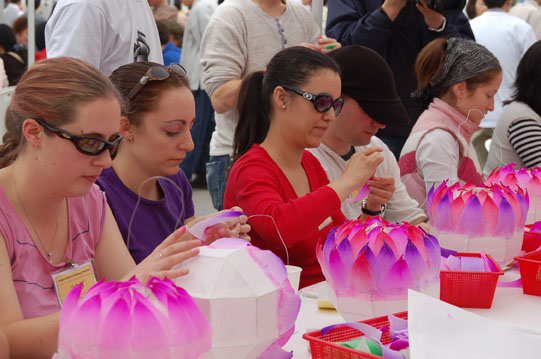 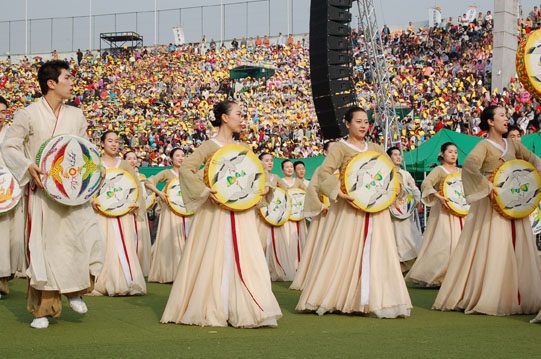 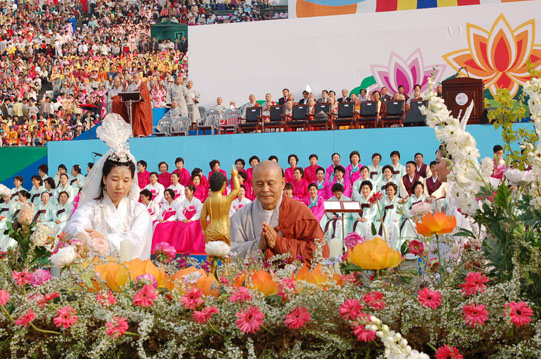 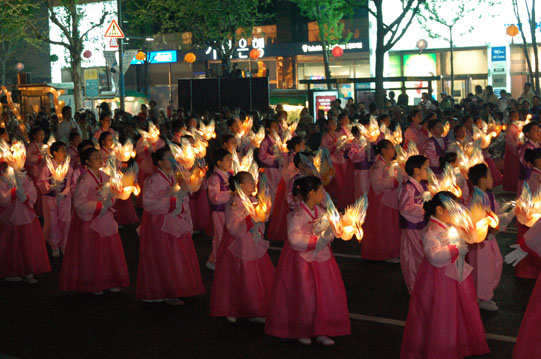 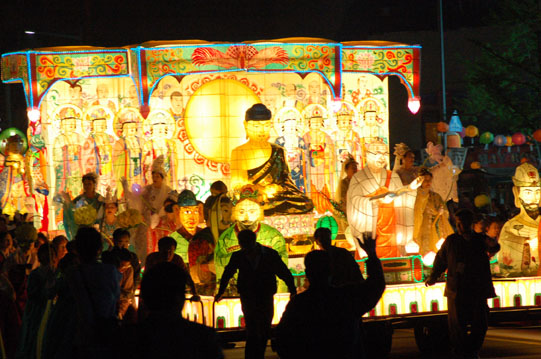 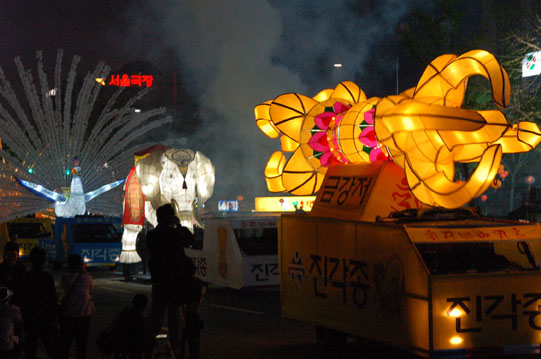 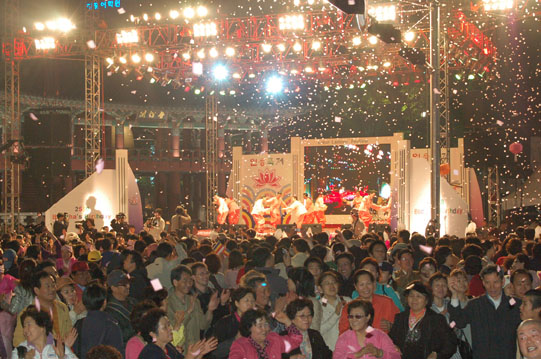