The End of the Summer Retreat 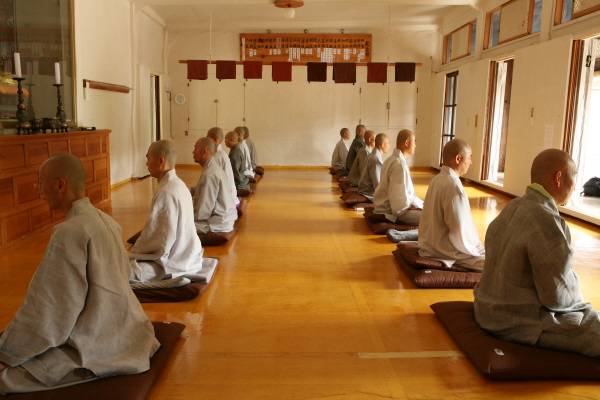 Picture: Monks practicing during the summer retreat at DaeseungMeditationTemple.

The three-month summer retreat ended on the morning of August 5 (full moon day) with a closing Dharma Service. Across the nation at 95 meditation temples (Seon Bang), 2237 monks and nuns practiced Seon meditation in 2009. The Korean Buddhist practice tradition is to meditate in the summer for three months, travel (manhaeng) for three months in the fall, meditate for three months in the winter, and again travel for three months in the spring. The three months of intensive meditation is called kyolche, meaning tight practice, and the three months of off-season is called manhaeng, meaning moving around. In three months of meditation, the monks and nuns get back in touch with their fundamental nature. It’s like recharging the batteries. It matures them for the off-season, which is spent in a relaxed and joyous manner. They do not lose the practicing spirit, but the arduous and focused practice is loosened. They may do pilgrimages and other lighter practices. Then, they return to a seriousness of the retreat season to renew their zeal for enlightenment. This wonderful tradition goes back to the time of Buddha when the monks and nuns could not travel during the rainy season. They would stay in their huts to meditate until the rain stopped. 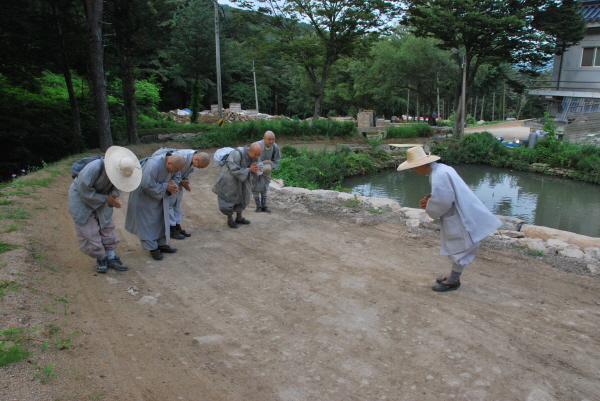 Picture: After the retreat monks saying goodbye to the Abbot. 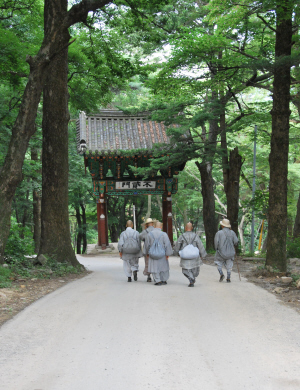 Picture: After the retreat, monks beginning manhaeing (travels in the offseason)