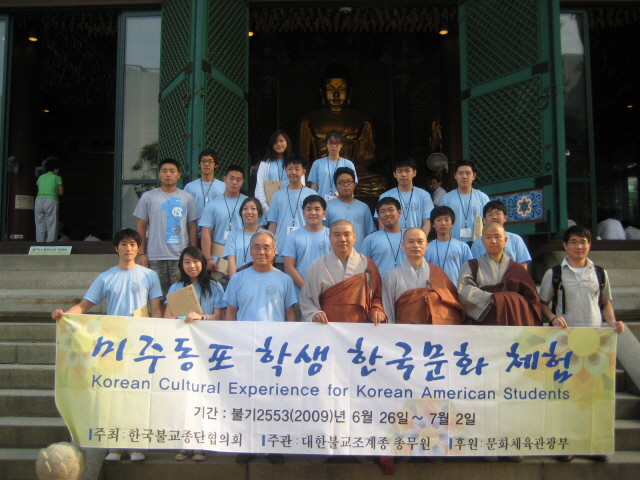 The Jogye Order sponsored a Korean Cultural Experience Tour for Korean American Students from June 26 to July 2. Twenty students aged from 13 to 26 were invited to experience Korean Buddhism and culture. The tour was co-sponsored by the Korean government’s Ministry of Culture, Sports, and Tourism, and the Jogye Order of Korean Buddhism. Junior High School, High School, and University students of Korean descent living in New York, Virginia, Connecticut, North Carolina, and New Jersey toured Korea, starting with a templestay at Woljeongsa Temple . The tour included another templestay at Tongdosa Temple , a tour of Hyundai (Woolsan), Samsung (Gangnam), KBS (Yeoeiudo), the National Museum , Hahoe Folk Village , Kyungjoo area, and Myong-won Tea Ceremony House. The students also had a diverse array of Korean food such as Samgyetang, Jjim-dalk, Ssam-bap, temple food, and mandu. 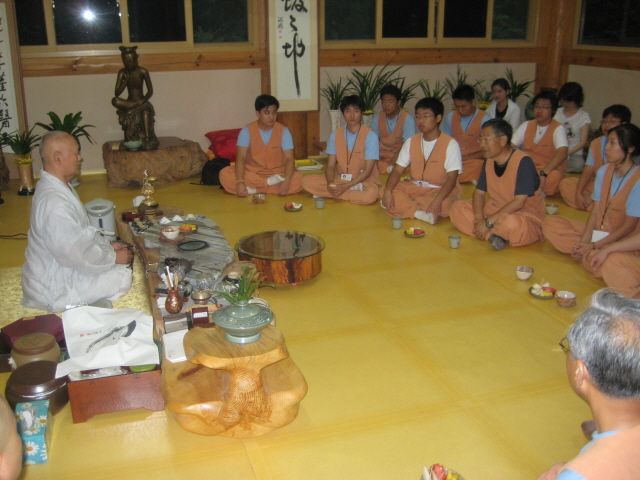 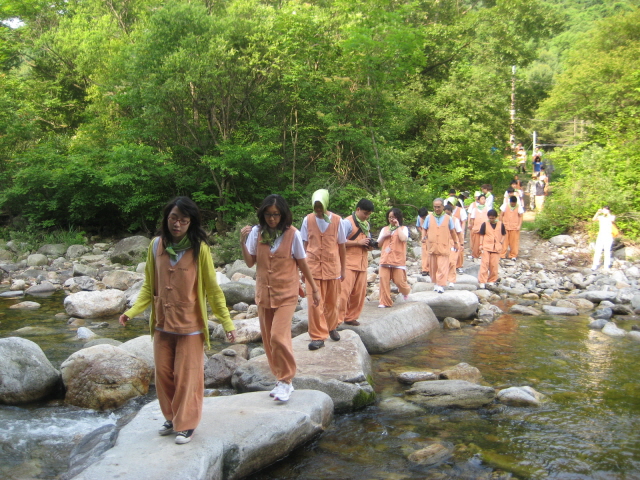 Most of the students were from Buddhist families, yet none could identify themselves as Buddhists before the trip. After the trip, the students were more confident of what Buddhism is. They could identify themselves as Buddhist with greater confidence. This trip clearly indicated that children from Buddhist families had very little knowledge of Buddhism. The trip proved very informative as to what Buddhism is and how temple life is. Such experience was received very well by the students. 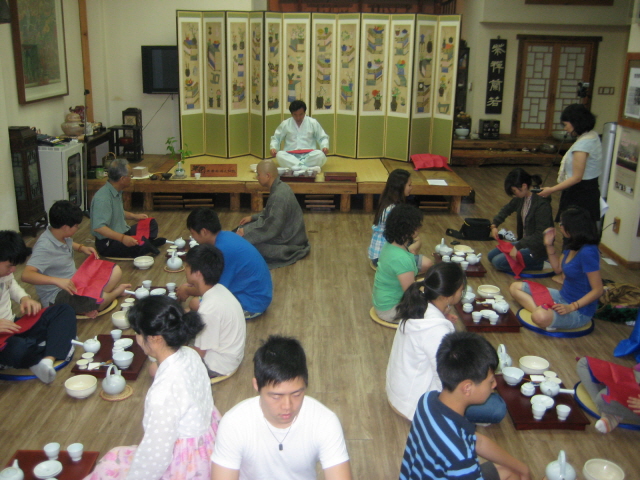 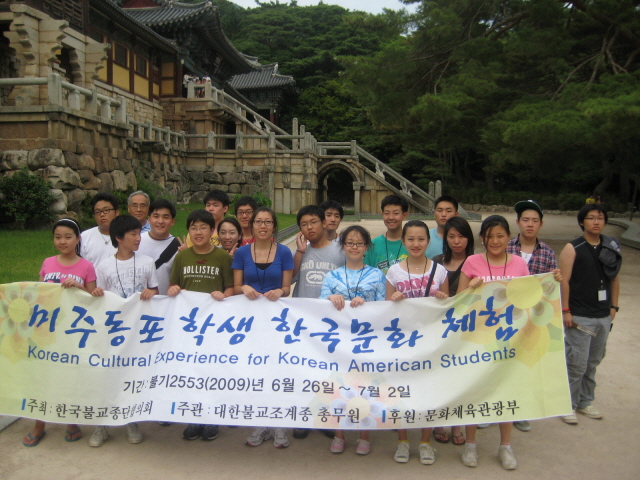